MT Motorsports
Used WRC parts for Siearra and Escort cosworth. Looks like they have everything you could posssible want from ex WRC active diffs, diff wiring harnesses and ECUs, complete WRC running gear, panels, ex WRC brake kits, ex WRC suspension from Reiger, WRC cradles and subframes, WRC driveshafts and loads of other WRC accessories up to and including complete bare WRC shells. An absolute gold mine for ex WRC parts.

ATM Sport
one of the biggest names in the ford rallying world and leaders in motor sport prep and supplying ford motor sport parts ,

Graham Goode Racing – Graham Goode Technical Info Section on Cosworth Tuning
Graham Goode has been a Ford tuning specialist from square one. Graham Goode has pioneered many of the technologies used in Ford Cosworth tuning and has been involved, successfully in the BTCC and V8 Supercars whether by competing or offering technical support.

We are a specialist Ford tuning company based near Derby and within 5 minutes of the M1. We have our own workshop and low bake oven and specialise in building high power engines, upgrading and preparing cars for fast road or track use as well as offering more traditional services such as servicing, restoration and painting facilities. We offer a complete engine ecu mapping service for all ranges of Cosworth powered cars (weber marelli) as well as after market ecu mapping such as Pectel T2/6, DTA and SECS S8.

We strive to offer the best quality service available with one of the best live mapping services available in the UK.

Offer parts and conversion for all ford engines right up to 400+ BHP CVH RS turbos and 800 BHP Cosworth engines.

We strive to offer the best quality service available with one of the best live mapping services available in the UK.

Powertorque
Ford tuning specialists with performance engine parts and components including complete engines sourced from Power Products in the USA.

We are a family run business based in the West Midlands close to M6 jct 7. We specialise in Fords sporty coupe the PUMA, FRP, FOCUS, FOCUS ST and FIESTA. We have worked with these vehicles since 1998 and have gained a vast knowledge of these vehicles. We cater for all models from a standard 1.4 to the very sporty FRP (Ford Racing Puma) and FOCUS ST. We can tackle any PUMA, FOCUS or FIESTA related task from changing a wheel to building a one-off special super car. We also offer full range of servicing and specialist body repairs and modifications to a very high standard.

Pumaspeed
Are the ONLY independent RACING PUMA servicing specialist authorised  to sell parts by FORD RACING. We also buy used PUMAS especially the FRP. if the trade in price you’ve  been offered is too low try us!  PumaSpeed are the UK’s only performance and styling company  specialising solely in Ford’s compact coupe. With an extensive background in  engineering, motorsports and the modified car scene we are able to offer a  friendly and personal service.

Rod Tarry
Possibly the fastest sierra cossie on the planet

SBD Motorsport
Throughout 2007, we have been developing the 2.0L Duratec improving the oil system & cam chain control, which were then extensively tested. We decided to take the development further by increasing the power output, this was done by taking a new cylinder head design & carrying out extensive CNC work & flow bench tests with one of our trade partners. This gave us an increase in flow over the original design of 10%, in order to get an exact comparison we removed the head from our existing engine & simply fitted the new head keeping all other components the same.

We have been established for over twenty-five years and have an unbeatable reputation for the development of these rally cars.

Daniels Motorsport
Daniels Motorsport has been closely involved with Fiesta Saloon Car Racing since 1990 and normally has about 10 of these performance cars available for hire or for sale. The team competes in the BRSCC Ford Fiesta Championships and has had another successful season in 2007 with several top finishes at many tracks including Brands Hatch. The Championship series is regularly broadcast on Channel 5 and Sky TV.

We can rent to anyone holding a current MSA licence and carry a large selection of new and used race parts for sale. You can find our distinctive team truck at many of the race meetings across England during the season but if you have any special requirements, please contact us through this site and we will be pleased to advise you on availability and price.

Ford Power Motorsports
Ford Power MS, a forum contributing to the Ford community, focuses on the Duratec and Zetec powerplants as well as the vehicles that house them: \’91-02 Escort & Tracer \’98-03 Escort ZX2 \’00-09 Focus \’06-09 Fusion \’99-02 Cougar \’95-00 Contour and Mystique. Ford Power Motorsports is a newly created site brought forth out of the desire to bring enthusiasts from all over the world in one arena to share ideas.

The goal of Ford Power MS is to bring together enthusiasts of Zetec and Duratec performance and build a community that promotes healthy discussion. Any car enthusiast is welcome to join up! Ford Power MS encourages learning. The forum contains detailed sections on performance and modification of the Zetec & Duratec engines as well as various sanctions of racers that use these engines. We also have a service that provides discounts for forum members from various Vendors.

Ford Saloon Car Championship
2009 will see the Championship consolidate its enormous popularity and sees new talent ready to join in the only race championship solely for any Ford race car. Classes A, B, and C cater for the modified section with cars ranging from Escort Cosworths, through to Mark 1 and 2 Escort RS 2000s and Classes D and E will mirror the successful classes B and C in terms of types of cars, but differs in that it is for near showroom (group N) types.

Ford XR Challenge
This hugely successful championship for the Ford XR Marque is set to expand again this season.

This championship gives the most economical racing and runs on Yokohama control tyres. Good for those starting out, but also attracts the more experienced competitors.

The championship has two classes – Class A for the Mk2 Fiesta XR2 cars and Class B for the Mk4 Escort XR3i cars. The cars are standard, with the Escorts running on the original 1600cc fuel-injected engine and the Fiestas on the carburettor-fed 1600cc block.

Because of the widespread availability of the cars used, and the fact that they are unmodified in terms of performance, the Ford XR Challenge is the cheapest of the three Ford Championships to run a car in. The average cost of a season (not including the price of the car and the work needing to be done to it, e.g. fitting a rollcage etc.) is only around £3000. This covers registration, race entries and travel, tyre and fuel costs. 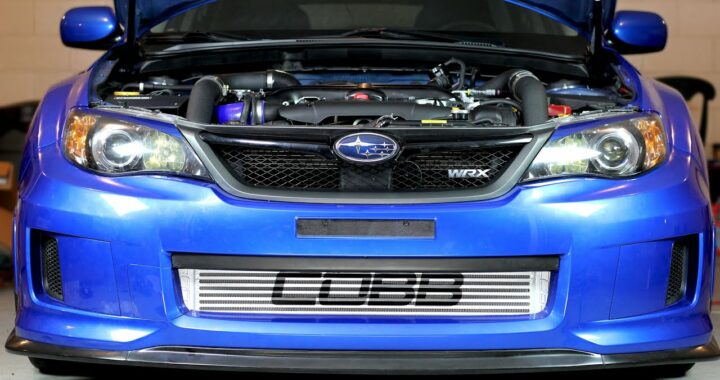 BEV vs ICE – The Difference in CO2 Emissions