The E46 BMW M3 and E46 BMW M3 CSL buying guide from StrikeEngine. The information from this guide was gathered from EVO Magazine, Issue 81, July 05. Please bear this in mind when looking at the used values.

The discovery that BMW’s new M3 CSL would be different arrived some days before the car. I received a letter stating politely but firmly that I was not to let anyone else drive the CSL and that they’d not release the car to me until I’d agreed as much in writing. You might think this a routine procedure among car manufacturers lending cars to the motoring press but it’s not: in 15 years and a thousand tests, this was the first time I’d heard of it. I wasn’t bothered, but it did make me curious. – more from Jeremy Clarkson at the Times Online 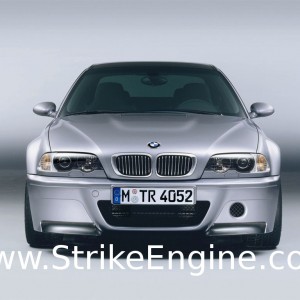 The E46 M3 was first available for sale in early 2001 and going from previous versions of the BMW M3 we had a rough idea as to what to expect from the latest version. A superbly balanced chassis with a free revving straight six with ample torque and abundant power. The E46 M3 put out 104bhp per litre which is an amazing output per litre, even in 2006. The M3 could go from 0-60mph in 5.1 seconds and had a redline of 8000rpm. The induction note and metallic sound of this engine at high revs is one of the most inspiring sounds in high performance motoring. The car was developed on the Nurburgring in Germany, covering over 80,000 miles on one of the most challenging circuits/toll roads in the world. The car originally cost well over 40,000 pounds but can now be had for under 23,000 pounds. 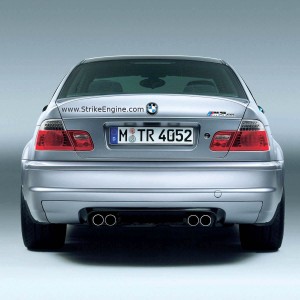 The lightweight, hardcore version was released in 2003 and badged as the CSL. The CSL came with BMWs SMG paddleshift gearbox and an even bigger price tag of 58,455pounds. These prices of CSLs have been hit hard by depreciation and can now be had for 20,000 pounds less than the list price. As with all used cars there are still areas which should be given close attention when buying. 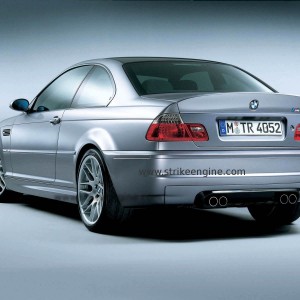 The differences over the 330Ci

85% of the suspension parts were new for the E46 M3, this consisted of uprated springs, dampers and anti-roll bars and a stiffer body shell. its was also fitted with BMWs M Division, M Diff Lock which was basically a speed sensing limited slip differential and a switchable traction control system. A year after the release of the M3 the SMG gearbox was added to the options list, this system hydraulically managed the clutch and gave the driver 6 options with regards to the speed of the gear changes, with the fastest programme changing gears in 0.08seconds. This system was so good that it is now the benchmark by which all other paddle shift gearboxes are compared. As mentioned earlier the SMG gearbox was fitted as standard too the CSL but was a 2400pound extra on the standard BMW M3. 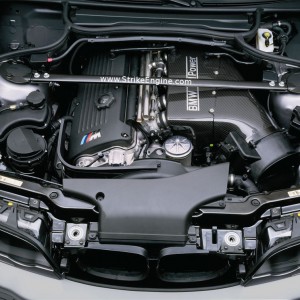 In addition to the parts listed above the CSL differed from the M3 by being equipped with cut slick tyres direct from the factory (which buyers had to sign a disclaimer stating that they knew these tyres would be totally unsuitable for wet conditions), a new front splitter, a larger lip spoiler on the boot lid, an interior covered in Alcantara and carbon fibre and perhaps most impressive of all, a carbon fibre roof. All these extras combined to justify the 20,000 price hike over the M3. All these changes added to a weight saving over the M3 of nearly 200kgs, 1570kg for the M3, 1385kg for the CSL. Power was also raised to 355bhp which raised the power to weight ratio by 36bhp per tonne. 1500 CSLs were built of which 422 came to the UK.

(Please be aware these prices were calculated in July 2005. For the latest valuations visit the Used Car Guide here).

The majority of buyers want Sat Nav, this adds 1k to early cars and 2k to newer models.

The 19 inch alloy wheels, which were an option, compromise the ride so choose an example with 8inch alloys and save 1k. 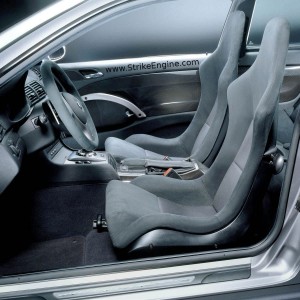 A 15,000 mile CSL from 03 is approx 38k. Ensure it has those racing wheels. CSLs were available in 2 colours Silver-Grey and Black and this had no bearing on the resale value. Air Conditioning wasn’t standard but makes the car easier to shift at resale time. If you like the idea of a stereo ensure on is fitted to the car and adding one is very expensive due to the fact that there is no wiring for it.

Parts prices are for parts only and do not include labour.

The CSL was available without the 155mph limiter if the buyer held a race license. BMW can de restrict the cars but this costs 600 and has to be sent to Germany. CSLs were available with commemorative plaque detailing the build number, if this is not fitted a BMW dealer can request a replacement.

The biggest problem with the M3 engine was crankshaft big end bearings and the problem could occur at any time from 6000 miles to 60000 miles. This problem should have been cured with a raft of improvements such as uprated oil pumps, filters and the like. This work should have been carried out under warranty so if your buying a pre June 03 car check the work has been carried out. The CSL had none of these problems. Chipping the engine make little difference unless accompanied by re worked engine internals so stay away from modified examples. On CSL models check the induction flap is working and that the DME software upgrades are up to date.

Few issues here although the SMG Gearboxes experienced a few problems, although these can be cured with an up to date software upgrade. There was a recall in 2004 to replace the SMG relay module after premature wear on earlier cars, ensure this has been carried out. There have also been reports of clutch slip on earlier cars and this was found to be a software glitch which did not take into account clutch wear, a software upgrade has sorted this. 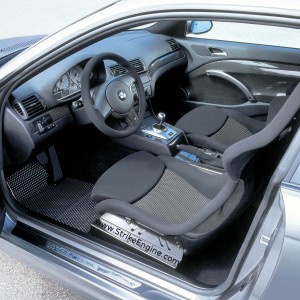 There have been reports of premature wear on the front wheel bearings due to the bearings themselves working loose. Make occasional checks for wear and this shouldn’t be a problem. The connecting arm on the front anti roll bar can sometimes come loose causing a metallic tapping noise when driving over rough surfaces, a uprated design should have been fitted under warranty by BMW.

The CSL and M3 use the same suspension bushes and these are not up to the task of track days. After a few thousand miles of track use they may need replacing whereas on the road they should last much much longer.

The brakes can begin to rumble under heavy usage on the road a after a few laps on the track. Owners can upgrade to Pagid RS19 Yellow compound brake pads which is popular. Regular track users can upgrade to APRacing 355mm front discs with 6 pot calipers.

The nose of the E46 is vulnerable to stone chips and if not looked after can look scruffy. Examine closely for accident damage with the front and rear quarter panels being particularly venerable. Splits and cracks on the CSLs front splitter is common after contact with high kerbs, these cost 2500pounds to replace. The rails parallel to the carbon roof can become discoloured but this can be replaced under warranty.

The 18inch wheels are not popular but offer a better ride and less tendency to tramline. The 19inch wheels can be kerbed easily with refurbishment being expensive. Several CSLs were supplied with normal M3 19inch wheels instead of the appropriate CSL versions. The M3 wheels are narrower and hit the resale value of the car. BMW dealers were often wrongly informed that the CSL wheels could only be fitted with the Michelin Cup cut slick tyres.

The CSL can eat the Michelin Cups on track if the camber is not adjusted to the -1.25Degrees standard factory setting and not the Michelin guideline of -2Degrees. There are no alternative tyres available in the size of the original Michelin Cups so bargaining/shopping around could be a problem.

The CSL is fitted with its own unique exhaust system which has thinner walls and is lighter than that fitted to the M3, but some owners still upgrade the exhaust system. Power improvement can only come from the fitting of high flowing race cats which are also louder.

There have been cases of door handles failing but these have been sorted under warranty. The Carbon fibre panels on the CSL are prone to scratching but he Alcantara is hard wearing.

BMW 3 Series in the Autotrader

Ford Focus Not Starting – How I Fixed It