Road test of the Nissan Skyline GT-R Z-Tune. The Z-Tune GT-R was only available in the Japanese Domestic Market (JDM) and only 20 examples were built. 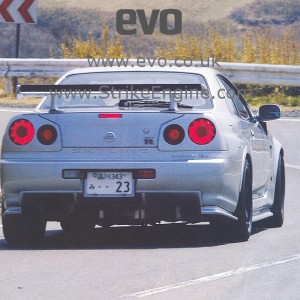 The monumental success of the Skyline on the race track against its road going competitors catapulted the Skyline into the public eye and all of a sudden, everybody wanted one.

The road going version of the Skyline didn’t disappoint, it was a tour de force in handling, balance and in later models technology. The gentleman’s agreement in Japan to limit power outputs to 276hp was just what the aftermarket tuners were looking for. A whole tuning industry grew around the Skyline from performance part manufacturers to specialist Nissan Skyline tuners all of which had the same goal, to push the boundaries of the car and see what it was truly capable of. Everybody who drove the car agreed that the chassis was more than capable of harnessing more horsepower and there are thousands of examples pushing out in excess of 400hp with some touching the magic figure of 1000hp.

18 months after the Skyline GT-R finished production NISMO (Nissan’s motorsport arm) had one more crack at the Skyline GT-R to turn it into the ultimate road going factory built edition of this legendary car.

The first problem they encountered was that they had no spare body shells, instead they had to look for used examples with a view to stripping them down and rebuilding the car into the Grande Finale that is the Z-Tune. The criteria for these used examples? Under 30,000km on the clock with no panel damage whatsoever. 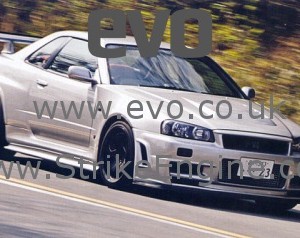 To build a Skyline GT-R that would stand up to a 30 minute all-out-attack track session and not blink an eye lid. The result of NISMO’s speed crazed fascination and motorsport know-how is the GT-R Z Tune.

The engine has been fully rebuilt to produce 500 rampant horses, this was achieved by boring the engine out 2.8litres and packing its insides with the same internals found on the Japanese Touring Car Championship winning car.  The exhaust has even been tuned to slide past the strictest noise limits enforced at the track. NISMO say the engine is well capable of producing over 600 bhp but emissions regulations limited their ambitions. 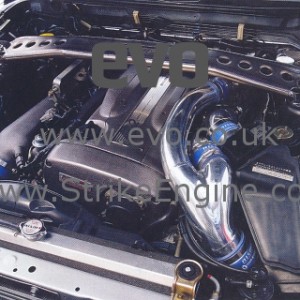 Every addition on the Skyline GT-R’s bodywork is designed to be light and to increase the already high performance capabilities of the standard car.

From 4000rpm onwards, the car gives the driver the feeling of having super human abilities, you are the man and nothing has the power to pass you. Dump the clutch from a standstill with 5500rpm on the tach and your going to experience 1.5G of acceleration, it’s like skydiving with a rocket pack. When you want to come to a stop, you better be prepared for vision destroying deceleration, your peripheral vision turns into a blur as your mind struggles to adjust to the massive braking capabilities under your control.

This dimension changing braking power is not only down to the family-pizza sized brake discs but also to the tyres, Bridgestone’s RE01Rs and used, but in honesty even these tyres, as good as they are, struggle to contain to massive braking power available, the constant chirping as they lose and regain traction is a constant reminder that the braking power is limited by the tyre and not the brakes themselves. As highly regarded as the RE-01R tyre is in Japan, to truly enter another dimension you need the Bridgestone Potenza RE55S semi slicks, with this combination you are not only ready to enter a new more colourful world of Playstation like driving but other drivers will be struggling to understand your god like driving abilities

The mid altering braking abilities are matched by the cornering limits, the phrase "corners like it's on rails" is bandied about a lot, and is used to refer to high performance road cars, instead, for the Z-Tune, the phrase "re-writes the rule book" is more appropriate. It moves your comprehension of "glued to the road" to whole other level. It's simply not fair to other road users to exploit this car to it's maximum abilities on the public highway. People will simply not be ready to understand the speed you'll be travelling at. Contributing to this scalextric cornering are Sachs 3 way adjustabledampers, which, at 10 grand a set give all the performance you would expect from their heavy price tag.

To complete the feel good factor NISMO have used a Super Coppermix clutch which handles the power without complaint while at the same time being almost stock in it's ease of operation. The interior is not overlooked with Alcantara covered seats, which are suitably clamp-like to cope with forces exerted on your body when maxing out this monster. They are joined by a 199mph speedo and titanium gear knob to complete the transformation. The R34 Skyline may be dead but its certainly not forgotten thanks, in part, to this final, top of the line in all respects, Nissan Skyline GT-R Z-Tune.

Only 20 examples being built.

This article is based on one which appeared in EVO Magazine June 2005.