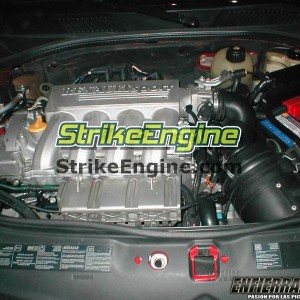 The Renault Clio 172 had a lot to live up to, as its predecessor the Renault Clio Williams, won plaudits all over the world for its amazing handling and the amount of satisfaction that it delivered to the driver. Fortunately the Clio 172 raised the bar once again from the Williams and readjusted your expectations as to what you could expect from a hot hatch. It made, the then top contenders, the 306 GTI-6 and 106 GTI look outdated overnight. 5years on from its release and the Renaultsport Clio is still at the tops of its game with the Clio 182 now holding the flame for Renaultsport. Although the new Renault Clio Trophy offers the pinnacle of Renaultsports abilities due to its near race spec dampers, the Clio 172 still contains the same foundations that it made it such a winner.

Early Clio 172s can now be had for as little as 5 grand, and with these Renaultsport Clios now gaining something of a cult reputation prices are firming up.

The Renault Clio 172 went on sale in Britain in January 2000 and for the first six months it was only available in Titanium Silver and unique to these models, they came with a lightweight aluminum bonnet. From June 2001 more colours were available, yellow, blue, black and red, and in January 2001 Titanium Silver was replaced by Iceberg Silver.  In February 2001 a limited edition Renault Clio 172 was released which had grey leather interior, 16 inch alloy wheels and came in Scarab Green. These limited edition cars, of which 172 were made, were 300 pounds more expensive than the other models. By June 2001 1359 Clio Sport 172s were sold in total and it was at this time that the range had a major face lift due to the introduction of the sharper lined, Clio mk3. In July 2002 traction control was fitted as standard only for it to be dropped a month later with the introduction of the “Cup” model. The Renault Clio Cup was a useful 80kg lighter than the standard Clio 172s due to the deletion of air-con, the spare wheel and side

airbags it was also minus xenon headlights and leather/alcantara interior.  The Clio Cup also had the ABS deleted which some say was a step to far. All these cuts allowed the price of the Clio Cup to be just 12,995pounds. The Clio Cup was only available in one colour, Mondial Blue but from August 2003 silver was also added along with climate control.

The Renault Clio Cup was not just lighter and cheaper than the other Clio Sport 172 models it also came with a bigger rear spoiler, a lower half front spoiler and 16inch Speedline Turini alloy wheels. The front track was also increased by 20mm the rear track by 10mm and the castor of the front wheels was also increased. These changes added up to a more responsive car to drive, even over the already crisp handling Renault Clio 172.

As with all cars, and especially with high performance examples, its important to have a complete service history to ensure everything that needed to be changed had been changed and at the right time. Its also important to get an idea of how the cars was used, was it a track day car or a second car, the conditions will of each model will vary widely.

Idle can be lumpy and noisy from cold, this is normal and go after a few minutes when the engine changes to closed loop fuel control. A healthy motor should not use any oil, even on track. The oil level is checked automatically on start up but can also be checked with the dipstick, although this is hard to access and is best used when the engine is cold to avoid burns.

Engine mounts are common failing and can be diagnosed as knocking in first and second gears. A new engine mount kit costs 140pounds and take a couple of hours to fit. TDC sensors can fail making the car go into limp mode or refusing to start altogether. There is a wide range of chips available for the Clio so ask the owner if the car has one.

Exhausts are a weak spot on the Clio 172 and usually fail due to a rusted joint. No pattern parts are available, and as Renault charge about the same as an aftermarket performance stainless steel exhaust system most owners tend to go down the performance route. There is often a rattle at 4000rpm due to the heat shield on the centre box becoming loose. This is not a major problem and can be rectified with an exhaust shield from the likes Thermotec.

The gearbox isn’t the strongest part of the car and imprecise changes can cause damage. It is not the most precise mechanism either. The phase 2 model has shorter ratios to keep acceleration as strong even though weight was increased. Replacement gearboxes are 860 pounds exchange from Renault. Clutches can last as little as 30,000 miles if abused but can last up to 60,000 if treated properly.

Full lock can cause knocking as the shock nut catches the turret top, this can be easily modified if required. The Clio 172 power steering can be noisy due to a restrictive return pipe although the 182 pipe is a larger bore and this can be retrofitted. In the unlikely event of the power steering failing the cause is more than likely the failure of the axillary belt.  Rear springs can snap due to water collecting in the lower spring seat. Drive shaft gaiters can also fail so its worth checking their condition. There are masses of uprated suspension kits available for the Clio 172. Kits include offerings from Eibach, Koni, Bilstein and H&R.  These will obviously alter the way the Clio 172 drives so insist on an extended test drive to see what the effect has been.  Original springs can always be refitted if required.

The Clio 172 brakes are strong and are the same items fitted to the 182 and Cup models. Rear wheel bearings can fail at around the 40,000 mile mark and is given away by a tell tale rumbling sound. This should be repaired quite quickly and easily by a garage and should cost around 200pounds including fitting and parts.

The Clio 172 is quite a light car so tyre wear should be low but track work can lead to increased wear on the outside of the tyre. In general, wear should be even on all tyres and if not an alignment check is in order.

Michelin Pilot  SX were fitted as the standard equipment on the Clio 172 but these have now been replaced by the Michelin Pilot Exalto which many owner go for when replacing the tyres.

You should expect some creaks and squeaks from the cabin, although if your prepared to invest a bit a time in identifying the source they can usually be remedied. The air-con is not up too much but should be able to keep temps bearable on a summers day. The air bag light can come on due to disconnected wire under he passenger set, this can easily be fixed. Check the floor from under the seats to the rear of the car for moisture, obviously prolonged exposure to water will cause rust down the line. Rear lights and fog lights can also suffer from water ingress but they can be easily dried. Backing plates on the door handles always crack but are hardly noticeable, again an easy fix if you can’t live with it. Broken handles on the seats are also common.

6000pounds for an early example with between 30,000 and 50,000 miles. Some early Clio 172s have less than 20,000miles and these command a 750 pound premium. Prices can vary wildly so its worth shopping round.  There are a lot of imported Clio 172s around, mechanical warranties are harder to come by on these cars. They can be identified by the lack of window etching and key mounted alarm.