EVO magazine hailed Noble as “Britain’s new supercar maker” back in September 2000 and they still believe this to be the case today. While new examples would have cost you
£45,550 they can now be picked up for £28,000. Noble has built a strong brand name with the M12 and it has succeeded in taking sales away from Porsche, Lotus and TVR and if the Noble was not the car EVO thinks they are, then they would not have sold over 600 of them.

The designer of the Noble and the companies owner is Lee Noble who’s past achievements have included the Ultima, the original Ascari (a Prosport 333 race car) and a Ferrari P4
replica.

There have been 4 variants of the M12 which have included various component upgrades so its important to know what your looking at. With any new car maker there have been
some faults but the search for a pukka example is well worth it as the Noble can out accelerate a Porsche 911 GT3 to 100mph.

The first M12s (GTO) were available for sale in 2001 with this Noble developing 310bhp@6000rpm and 320lbs/ft of torque at 3500rpm thanks to its two Garret T25 turbos blowing into a strengthened Ford 2.5 V6 Duratec engine. As the Noble only weighed 980kg, the sprinting ability of the car was phenomenal. This version of the M12 recorded a 0-100mph
time of 10.2 seconds in the hands of EVO magazine 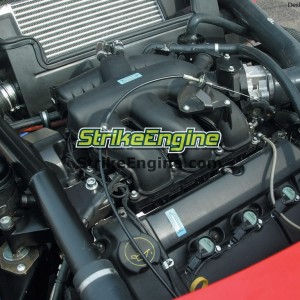 At the start of 2003 the 2.5 unit was replaced by a 3.0 litre which again utilised two turbocharger’s. This combination upped the power to 352bhp. This model was designated the GTO-3. A GTO-3R model was released later and this came with a Getrag Ford 6 Speed gearbox with closer ratios as well as a Quaife Torque Biasing Differential. Visually the R can be differentiated by its flush mounted headlights, 10 spoke alloy wheels and a full leather interior. The R also came with increased noise insulation which added 30kg to the cars weight. Both these cars are still available new (at the time of writing July 2005) the GTO priced at £47,950 and the 3R at £49,950.

Nobles became a familiar sight on track days throughout Britain due to their extreme competence on track and as such owners soon asked for cars with more power. Noble’s answer to this was the M400 which was launched in 2004. The M400 came with 425bhp which was provided by more aggressive cams, forged pistons, larger turbos, improved cooling, revised engine mapping in addition to this Dynamics springs and dampers, a front anti roll bar, a new steering rack (which increased the number of turns lock to lock from 1.7 to 2.5) and Pirelli P Zero Corsa tyres were also fitted. The seats were also laid out closer to the centre of the car improving the driving position. The biggest drawback of the M400 is the cost but this is a car than can accelerate to 100mph in 8.0seconds.

Main dealers and specialists can carry out servicing but if your undertaking major work, check out the forums listed at the bottom of this page and seek recommendations. With the early cars it’s important that they have been serviced by main dealers as the factory changes will have been carried out free of charge on these cars. Double check the stamps in the service book with the garage that serviced the car to ensure they are genuine.

The 2.5 engine received a host of upgrades during its life so ensure they have been fitted to the Noble you are looking at, and for track work a baffled sump is required to prevent oil starvation.

The Magnetti Marelli ECU fitted to the 2.5 engines were susceptible to failing but the MBE systems used in newer cars have proved reliable and have improved mapping. A swap from one ECU to the other is expensive though and comes in at £2000 due to the fact that the complete engine loom has to be changed. To check which ECU your car has, it’s located in the rear wheel arch and will have MBE written on top of it. If not negotiate the price of a possible ECU change into the price. The MBE ECU can be upgraded by the factory to 340bhp and this also improves engine response and gives a fatter torque curve. The remap come in at £2000. The are no big changes between the 3litre engines but make sure your car is running with the latest version engine map.

The first GTOs suffered from overheating this was sorted by the factory with the use of a shroud instead of the fan being mounted directly to the radiator, check that this has been carried out. Rough idling or acceleration is not uncommon and is usually down to loose pipes in the engine bay. Fuel filters can also be a cause of fuel starvation on cars taken on track so its worth checking the state of the filter before taking it to a trackday and its also advisable to have at least half a tank of fuel to avoid lean running conditions. 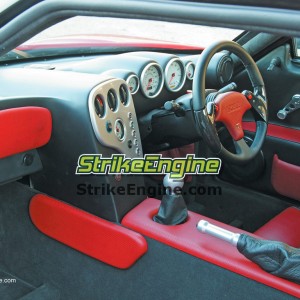 Diffs on the early car can fail but there is an optional LSD available directly form Noble, this LSD is the standard one that came on all the cars with the six peed gearbox. The 5 speed transmission can suffer from difficult changes, this can be solved by having the linkage properly adjusted.

Wishbones should be rust free but track rod ends and the hubs themselves can become rusty. Ball joints often failed on early cars due to heat from the brakes but uprated ball joints are available from Noble at £11 each and cost around £50 to fit. Some cars have been fitted with aftermarket Nitron single way adjustable dampers and these are required to be set up accuracy.

Early cars had flexible brake pipes which heated on track but these were changed to solid items later. Pedal fell is helped by bleeding the brakes with the factory recommending DOT5.1 fluid. The handbrake light can come on during hard cornering but this is down to insufficient fluid or it could mean the pads are worn. When checking the brakes check both sides, inside and out as they wear unevenly.

Check the join between the flat floor and the car as water can get trapped causing degradation of materials. The bodywork is fibreglass so can be cracked by stone chips. Check the front clamshell for stone chip damage. This can be fixed for between £300 and £700 depending on how bad it is.

Two main alloy wheel designs exist on the Noble, the 5 spoke and the 3R design. The 5 spoke is obviously easier to clean but is more prone to kerbing.

The early 2.5 Noble’s had side exit exhausts, later models exited above the rear diffuser. The two types make a very different note. Mounts have been know to be a weakness but should be replaced at service time. The earliest three litres frequently blew baffles but this has been rectified on the later models.

Noble interiors are available in alcantara or leather. The 3R seats are widely thought to be the best but can still cause aches and pains in the back. The 3R seats are not compatible with the other models. Dashes can be brought back to life with a bar of soap. The air con can suffer intermittent failures due to heat soak from the turbos shutting the compressor unit down. The compressor will work again after it has cooled down. 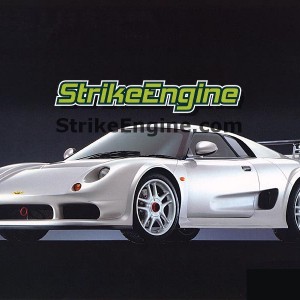 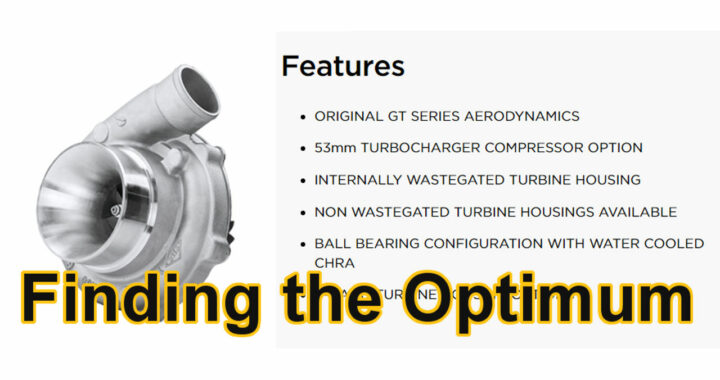